In September, Dafna Lender, LCSW, Clinical Director of The Theraplay Institute, joined us for a live webinar to help adoptive parents understand discipline and attachment issues with adopted children.

We ran out of time for the Q&A portion of the webinar. Here, Lender answers five follow-up questions from attendees.

My child is beginning his/her teen years. How can I help him/her foster good teen-decision making?

This answer varies depending on a particular teen’s personality and challenges. Here are some general guidelines:

My child does whatever he/she wants even after we have discussed how best to deal with certain situations. How can I get my son or daughter to control/regulate his own behavior?

I imagine your child sometimes complies with your directives. What are the circumstances where he does cooperate? How are they different from when he does not? When he is not complying, ask yourself: Does he understand the directions? Are there any consequence if he does not listen? I prefer the when/then approach. For example: When you clean your room, then we can go to the park. This message has to be delivered without anger or long lectures. As soon as you show anger and the child feels badgered, he may get stuck in a control battle with you, which will prevent him from doing his part.

My child throws things at people when frustrated or angry. How should I handle this?

It depends on the age of the child. Most children who throw things when angry are developmentally under 5 years old. They don’t have the impulse control to restrain themselves when angry. They feel increasing tension as a confrontation with a parent or sibling goes on and finally they “pop.” With this type of problem, it is up to the parent to change his own behavior when interacting with the child.

For example, Dad tells son repeatedly to put his blocks away and set the table for dinner. Son doesn’t listen. Dad finally comes closer to his son, looks down with an angry face and says, “I told you to put your blocks away!” Instead, tell him the directive the first time. If he doesn’t listen, walk over to him, squat down by his side, remind him what he is supposed to do and help him clean up without threatening.

My child cries incessantly when she becomes angry. How should I handle this? Should the way I handle it change when in public?

Usually, this is an escalation of intense feelings that build up before the crying begins. Become aware of your own body language and facial expressions when you give her directives. When communicating with her, come by her side so you don’t have to raise your voice. Squat down to be at her level and put your hand on her back for a reassuring touch. Check that your forehead isn’t wrinkled in anger and that your eyes are not squinty. Only then tell her what you would like her to do in as few words as possible. If she cries, let her be by herself for a few minutes. Do not continue talk. Check on her after a minute or two and offer her a gesture of reconnection like inviting her to read a book with you or take a walk. If this happens in public, try to quietly remove her to a more private area so she doesn’t have an “audience.”

Our 10-year-old child refuses to look at us when we are admonishing or directing her. She just turns and walks away. What should we do?

No one feels comfortable looking an authority figure in the eye when being admonished. The intensity of negative feelings, like shame, that a person experiences in that situation is so intense, it’s natural instinct to avert one’s glance. She sees the anger in your eyes. Children who had an unfavorable beginning and were not cared for by a loving primary caregiver are especially sensitive to negative messages sent through the eyes. Instead, speak to her in a comforting voice and be mindful that your face is not angry. Practice by looking at yourself in the mirror. Also, offer to help her do the task in the correct way. Do not insist on eye contact. She will look at you when she feels safe and comfortable.
« Earlier Post Later Post »

All comments subject to review

Posted by marie lidy joseph -lemaje on April 30, 2015 at 5:11 PM
i agree with the teach discipline.And its best to learn and to observe your child ways and attitudes with love comprehension and patience...This is my concern and thank you for the advice.
Discussion, advice and a few of our favorite experts. All for families formed through adoption.
Rachel Farrell 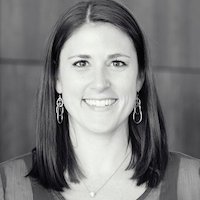 Answering your questions and addressing the challenges parents of adopted children often face. What do you want us to weigh in on?