Steve was a panelist for our Top 10 Things Adopted Kids Wish Their Parents Knew webinar. Many of you had follow up questions for Steve -- Here are his comments!

What words to we use to let our children know we are acknowledging their loss? How do we let them feel badly about the loss?

The first step to acknowledging your child's loss is to understand as well as possible, all that's been lost to begin with. For intercountry adoptees, they've lost everything, literally. From the most basic of human rights (parents) to the most basic of legal rights (citizenship of country they were born in) and everything in between.

Adoption provides nice substitutes for these losses, but doesn't negate the loss and trauma that's inherent in the process. If parents can simply acknowledge these losses by giving their child the permission to grieve, you can walk with them as they process what adoption means to them.

Try questions that can be nonchalantly asked in passing. Something like:

How do we talk to them about their birth parents if we have literally no information about them?

I don't think there's a magic formula or phrase that fits into this situation. It's important to know that you're not going to say "the wrong thing." As long as you're talking to your child about it, "the right" answer will organically emerge.

Often, a young child is beginning to ask about Birth Parents because they're starting to sense a difference between themselves and their peers. They're being confronted with a different reality than the one they understand and they're trying to figure out how they fit in. This is a great opportunity to connect with your child by telling them, in an age understandable way, that information about their Birth Parents is scarce but you're wondering why they're asking.

"I'm sorry. It must be disappointing not knowing anything about your Birth Parents. I know they probably looked like you and maybe even liked some of the same things you do. Do you think about them a lot?"

What are your thoughts/feelings on "gotcha day" celebrations for international adoptions?

I don't like the term "gotcha day", as it objectifies the Adoptee. Besides that, I don't have strong feelings one way or another about celebrating the arrival day. We always celebrated it in our house, which I loved, but I know a lot of Adoptees who didn't celebrate it and don't really feel like they missed out on anything. I think it's as important as you want to make it.

How do we explain to our kids the ambiguity of the actual birth date to those who don't know -for sure- the date of their birth?

It all comes down to honesty and understandability. I was abandoned, so my birthday was estimated by the doctor who gave me my first medical checkup when I came into the orphanage's care. Not much more to say besides that. My parents were very honest and open about my circumstances, which met my needs at the time. Again, as long as you're being honest and giving your child the whole story, there's nothing more you can do except support them as they process the information.

We have attempted to keep some Chinese influence in our home, but our son wants NOTHING to do with anything Chinese. I don't want to push it when he is clearly saying he doesn't want us to, yet I worry that he will have identity issues later if he doesn't stay in touch with his heritage.

Identity challenges are inevitable. It's impossible to stay in touch with his Chinese heritage if he's not in China or living with Chinese Americans who speak Chinese, eat Chinese, watch Chinese, and breathe Chinese. If there was a domestic Adoptee from San Diego who was placed as an infant with a family in North Dakota, how reasonable is it to expect this Adoptee to have any desire to learn about surfing when there's no ocean, no one else surfs, and all his friends are playing hockey? More importantly, what does the absence of his Birth City culture mean to adapting to his life in North Dakota? Probably not very much.

I realize there are race issues involved here, and I'm not minimizing those, but that's a different topic. If you were to control for race, when it comes right down to it, I don't think pressing a cultural identity upon your child that he's not comfortable with helps anything. As a parent, it's important to make sure he's aware that you're open to helping him explore his identity when he's ready. That may involve Chinese culture and it may not, but it's important you let him drive the exploration knowing that you're beside him willing to go where he wants to go.

All comments subject to review
Discussion, advice and a few of our favorite experts. All for families formed through adoption.
Steve Kalb 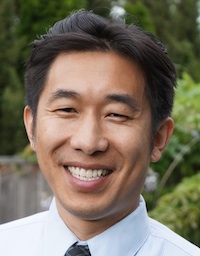 Steve is an Adult Adoptee from the Midwest. He is the Director of Adoptee Services at Holt International, where he works directly with hundreds of Adoptees through the Adoptee Camps and birth search counseling. He has seen the need for, and the benefit of, a strong Adoptee community - experience guides his Adoptee advocacy work.